A regulator for a safe, upright and controlled game 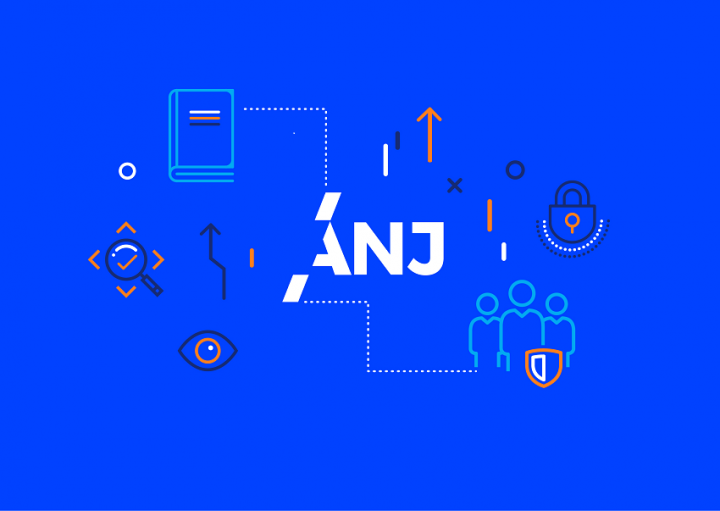 The ANJ in brief

In 2010, the legislator gave the Regulatory Authority for Online Games (ARJEL) the status of an independent administrative authority. This status was necessary to prevent a double conflict of interest: on the one hand, the State  is a shareholder of one of the operators, La Française des Jeux, and on the other, it must arbitrate between tax and public health issues. With Article 137 of the Pacte Act on the privatisation of La Française des Jeux and the Order of October 2, 2019 reforming the gambling regulation, the legislator broadened the scope of intervention of the new Gambling Authority (ANJ) by giving it the status of an independent administrative authority.

The ANJ reports to Parliament: it presents an annual activity report  and its President may be heard by the competent committee of each of the two assemblies.

The  Board is composed of nine members appointed for a six-year term. Their mandate may not be revoked or renewed.

The functions of the members of the Board are not exercised on a full-time basis. It is partly renewed every two years.

The Board deliberates by a majority of the present members. The Chairman has a casting vote in the event of a tied vote.

To carry out its duties, the Board relies on three permanent consultative commissions, which are respectively responsible for the prevention of excessive or pathological gambling, the control of gambling operations and the fight against money laundering. The Board sets the conditions under which the commissions provide assistance.

Composed of six members from the  French Council of State,  French High Court of Cassation and the French Court of Auditors, for a term of six years, renewable once, the Sanction Committee is called upon by the Board in sanction proceedings against an authorised operator "that has failed or is failing to comply with the legislative and regulatory obligations applicable to its activity".

The mediator is appointed by the Chairman of the Authority after consulting the Board for a renewable three-year term; he may not be dismissed during his term of office except for legitimate reasons (L. 613-1 and seq. of the French Consumer Code).

The National Gambling Authority provides it with sufficient resources for the independent and impartial exercise of its mandate: a dedicated website has been opened for players and a full-time person has been made available to assist it in its missions.

The mediator submits an annual report to the ANJ Board on the results of his (its?) action. This report is published on the ANJ website.

The ANJ missions are structured around four objectives :

The missions of the ANJ are in line with Article L. 320-3 of the Internal Security Code, which states that : "The objective of State policy on gambling and games of chance is to limit and control the offer and consumption of gambling and to control its operation in order to prevent excessive or pathological gambling and protect players ; ensure the integrity, reliability and transparency of gambling operations ; prevent criminal and fraudulent activities as well as money laundering and terrorist financing ; and ensure the balanced and equitable development of the various types of games in order to avoid any economic destabilization of the sectors concerned".

The ANJ in Europe and internationally

With the European institutions

A work in progress: the European standardisation process for reporting in support of the monitoring of online gambling services by regulatory authorities. In the development of this voluntary standard requested by the Commission, the ANJ is chairing CEN Technical Committee 456 (development of the standard).

An emblematic action: in July 2016, at the initiative of the Council of Europe, the Authority participated in the creation of the Copenhagen Group, the network of national platforms against manipulation of sports competitions provided for in Article 13 of the Magglingen Convention.

The ANJ's relations with its European colleagues are organised within two bodies:

- The GREF, Gaming Regulators' European Forum: 34 regulators from 31 European States meet in a forum to exchange views and information and discuss gambling policies.

In recent years, the Authority has focused on bilateral cooperation:

- Organisation of thematic working days for delegations of both European (e.g. the Netherlands in July 2019) and international (e.g. South Korea in December 2018 and Liberia in June 2019) regulators.

- Signature of cooperation and exchange agreements with the Amministrazione autonoma dei monopoli di Stato (AAMS) for Italy, the Dirección General de Ordenación del Juego (DGOJ) for Spain, the Gambling commission for the United Kingdom and the Danish regulatory authority.

- Agreements have been signed with bodies involved in sport and the fight against manipulation of sport: the International Olympic Committee (IOC), the International Betting Integrity Association (IBIA), a non-profit-making association of the main European sports betting operators, and Global Lottery Monitoring System (a non-profit-making association under Swiss law of some thirty national lotteries mobilised against the manipulation of sports competitions).

The Authority also responds to written requests for cooperation, a majority of which are dealt with under the Cooperation Arrangement between the gambling regulatory authorities of the European Economic Area.